Paul and I went to Patuet in Southern Sudan to help with the building of a Medical Centre, come School come Community Centre and  Church. Southern Sudan is a predominantly Christian country, they were happy to have a multipurpose building in the village. It has brough trade and finances to the once sleepy farming village. Paul and I are involved in the Agriculture project too. I worked in agricultural science for 5 years. I wrote up plans, that were taken to the South Sudanese government, to help with funding for setting up greenhouses, with drip fed irrigation, via a solar pump and dams. Our friend Samuel is from Patuet, he took 12 of us on a couple of occassions to help his people and surrounding villages out; with building, agriculture and medical teams. Samuel came to Australia as a refugee, he promised his family he’d be back with help,and he made good with his promise. Sometimes just helping can be more unproductive than not; the strategy is training, empowering and equipping a new nation to help themselves. On July 9, 2011 South Sudan became independent, and a new country was formed. Talk about building hope…. There will be numerous hurdles, one expects; where there are hurdles, there are races to be won and triumphs to be had!

I am an agricultural scientist, I love poetry, Africa, extending my agricultural knowledge to undeveloped countries and hanging out with my husband, children and grandchildren. 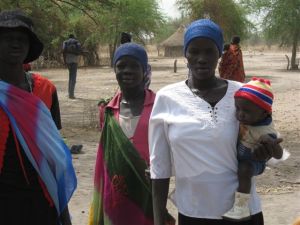